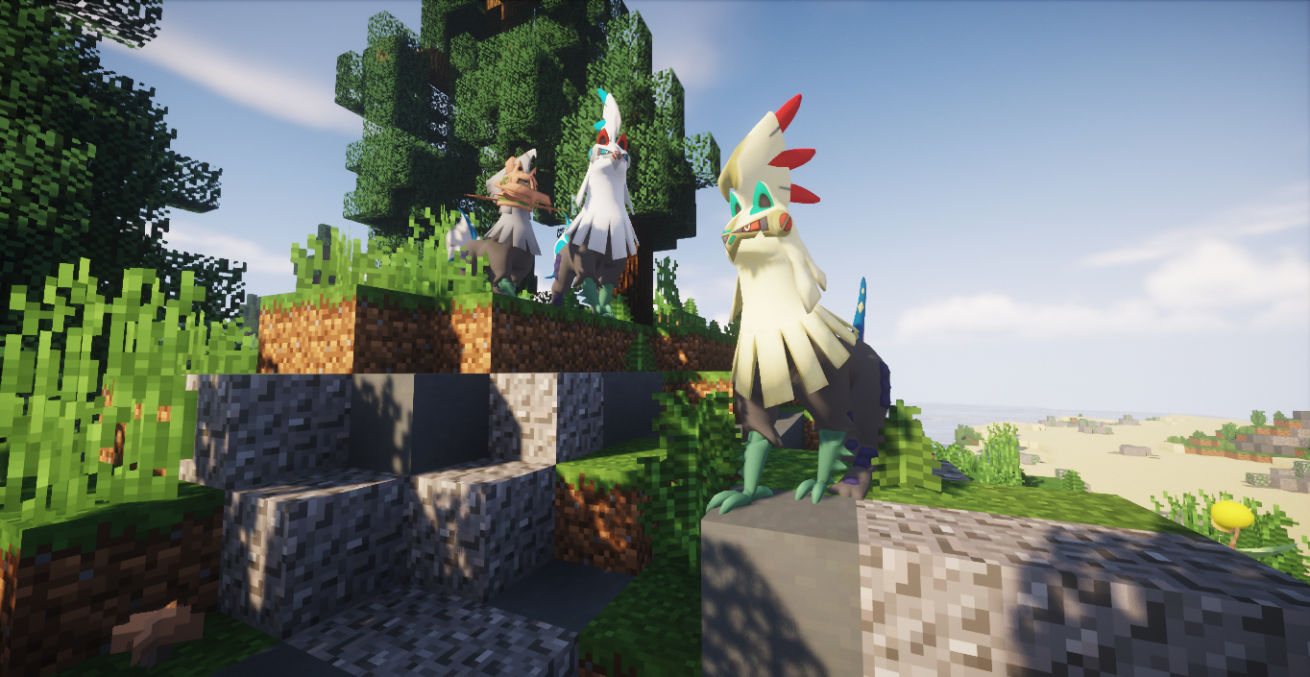 You can also share quests! Do so on the Pixelmon Forum

"Pixelmon, but with Minecraft"

"They're no longer bugs. All hail Buzzwole."

"We caught even more Weedles and Caterpies hanging around in the code."

"For the biggest update ever, that was pretty close to stable!"

"There is only one Pixelmon, and it is Reforged."

- Added a lot of new NPC skins to both chatting and trainer NPCs. Big thanks to Starwarschamp4 and Crystal_Missile for them. Now I've been told to list them all:

- Added in a massive amount of new mounts. Thanks to ProudSquirrel for doing all of these!

- On top of that, some previous mounts were also fixed

"Ok fine there were some fixes to be done first"

"Hey look, everything from generation 1-6 is now done. I wonder what's going in the next version? It's SO unclear."

”To be fair, we've had buggier updates”

"This changelog goes on forever!"

"Now potatoes can run it!"

"Hang on a second, what have the devs really been working on all this time?"

Also fixed the ruby items not being named properly.

"Hey, this is running way smoother than before!"